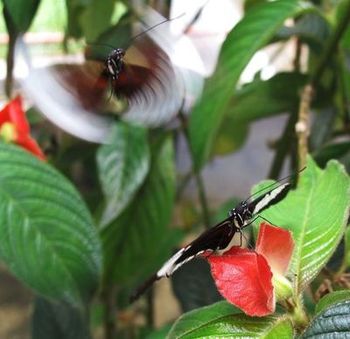 Compared to morphological traits we still know very little about the genetics of behavioural adaptations in natural populations. This omission is significant for two major reasons. First, the evolutionary genetics of behaviour may differ to that of morphology. In addition to the action of development, the link between genotype and phenotype for behaviours is also mediated through the nervous system, and its interaction with the environment. Second, behavioural phenotypes are known to be important during adaptation and population divergence. In particular, we now know that behavioural isolation often evolves more rapidly than intrinsic incompatibilities, and therefore plays a key role during the evolution of new species.

Our research focuses on the ecological, genetic and developmental basis of adaptive behaviours that contribute to speciation. We are interested in how behavioural isolation evolves, and how genetic architecture and other factors may influence this process. Our work is currently focused on Heliconius butterflies, which show a striking radiation of warning patterns across the Neotropics often associated with Müllerian mimicry. These warning colour patterns are also used as mate recognition cues and are associated with diverging preference behaviours contributing to varying degrees of assortative mating.

Currently supported by the DFG Emmy Noether program and an ERC starting grant, research in the group continues to investigate the genetic and neural basis of divergent behaviours in Heliconius. Our work combines long-term field and insectary based projects in the tropics with modern genomic and genetic techniques. Enquires about working in the group, on Heliconius or other organisms, are always welcome. More information about the group can be found at: https://richmerrill.wordpress.com.